Related Topics:Jayjay Max
Up Next

At the mention of consistency, all fingers point at Sean Dampte who till Jesus comes might never be able to answer if he ever gets days off. Sequel to a successful first ever live in concert in the city of Lagos, Sean further defines his path into the new year by joining hands with industry prodigy and Savage Music talent, Depro on this new single titled, Mon Bebe.

This 2023 collaboration makes the umpteenth of its kind in which Sean resonates with the prowess of younger artistes like Khabir, Raye Chella and now, Depro. This joins his track record in the music industry as a dependable figure who has eyes for auspicious singers. Depro would hence be depicted as a dutiful rising star whose head is fitting right in the game – an indication of another likened singer who applies no STOP warning. His stunning performance at the #SeanDampteLiveInConcert earlier this year will not go unmentioned as it trails his series of previous tireless activities from his grad. school, Federal University of Technology, Owerri.

It’s been a long time coming for Depro who has done everything within and beyond his wits to crack out of the underground stratum and he marks this year as one to be more exceptional than he has ever explored in this career path. Teaming with Sean Dampte on Mon Bebe waters his way into his vision for the year to go over and above. The Joey Benks-produced track gives off a complete touch of excellence with unarguable quality.

Mon Bebe is an unexpectedly soul-deep song, a reflection of intense thug-loving, and made to fit a multifaceted tempo whether high or mid. It is ruled out of the low cadence category of song, with a part of its composition agreeing with a call-and-response pattern.
A song to be enjoyed, learned word for word, experienced and embodied. Subsequent timelines during the course of the year will involve the conversation about Depro’s perfect blend with Sean Dampte on this track. Follow @bst_depro

Till then, Listen Below:

Get On Digital Stores HERE

Ukwada Matthew Nelson, known professionally as Nelsynbe is a Nigeria singer from delta state ,songwriter whose new hit is banging everywhere , Feelings is a song that expresses our everyday emotional and physical stress .

EP: Dayone Africa — Pray For Me 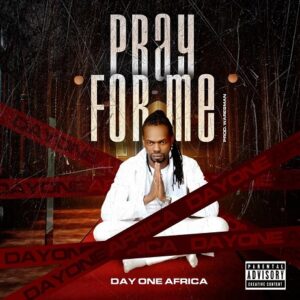 EP: Dayone Africa – Pray For Me

The EP consists of 4 melodious tracks with a sensational and epic arrangement for listeners to ponder a while on how true afro dancehall sound should be.

He delivered well on vocals and musical delivery to make the EP one to keep on replay.

STREAM ON ALL DIGITAL STORES

EP: Dayone Africa — Pray For Me

Nigerian Best Security Company You Should Know (Find Out)

We use cookies on our website to give you the most relevant experience by remembering your preferences and repeat visits. By clicking “Accept All”, you consent to the use of ALL the cookies. However, you may visit "Cookie Settings" to provide a controlled consent.
Cookie SettingsAccept All
Manage consent

This website uses cookies to improve your experience while you navigate through the website. Out of these, the cookies that are categorized as necessary are stored on your browser as they are essential for the working of basic functionalities of the website. We also use third-party cookies that help us analyze and understand how you use this website. These cookies will be stored in your browser only with your consent. You also have the option to opt-out of these cookies. But opting out of some of these cookies may affect your browsing experience.
Necessary Always Enabled
Necessary cookies are absolutely essential for the website to function properly. These cookies ensure basic functionalities and security features of the website, anonymously.
Functional
Functional cookies help to perform certain functionalities like sharing the content of the website on social media platforms, collect feedbacks, and other third-party features.
Performance
Performance cookies are used to understand and analyze the key performance indexes of the website which helps in delivering a better user experience for the visitors.
Analytics
Analytical cookies are used to understand how visitors interact with the website. These cookies help provide information on metrics the number of visitors, bounce rate, traffic source, etc.
Advertisement
Advertisement cookies are used to provide visitors with relevant ads and marketing campaigns. These cookies track visitors across websites and collect information to provide customized ads.
Others
Other uncategorized cookies are those that are being analyzed and have not been classified into a category as yet.
SAVE & ACCEPT

We will call you back soon